I have benn looking at the mini's I have painted over the last 12 months and think that I am improving a little.
November / December 2006 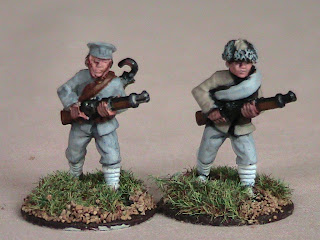 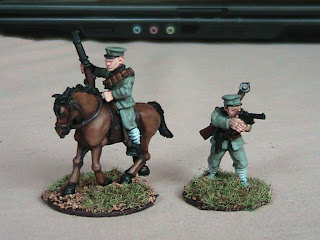 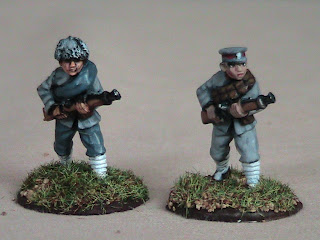 I think the later ones are much better and attempt to get the three colour method in. Always seem to mess it up at the end with the final highlight. Back to the Dallimore Bible for me.

I have now finished some more of my Chinese Warlord Era Army.
I have now nearly completed the full army that I want apart from a few specialists to addin later plus some standard bearers to make it look more attractive for the table.
I have now finished a field gun. Some more troops in fur hats and some uniformed troops. This was a time of firsts for me. The first time I really had a go at eyes and the first time I tried to paint the hat bands and collar tabs on the uniformed soldiers. 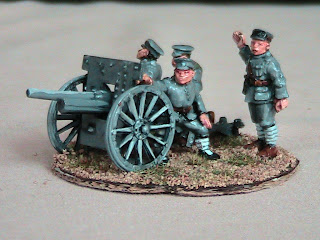 I think overall I'm pretty happy with these. However as usual I was more fond of them in the flesh than in picture.
I think that the attempt on the eyes needs to be refined more.
I did have a matt varnish disaster (a bit cloudy and should have bought some more) but it didn't turn out badly. 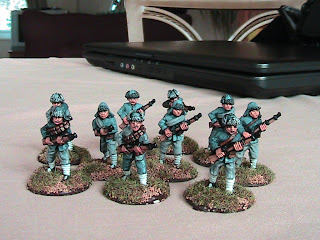 The troops that were my favourites in caps below weren't the best when it came to the photo's. But here they are. 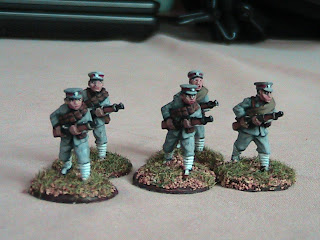 I have now painted 100 troops for this army. I also have two planes, two trucks and an armoured car to sort out.
It has taken one year to paint that many which is about one mini every three days. Not too bad.
Posted by Dodge at 10:28 No comments: